Is Cleaning Solar Panels a Waste of Time and Money? 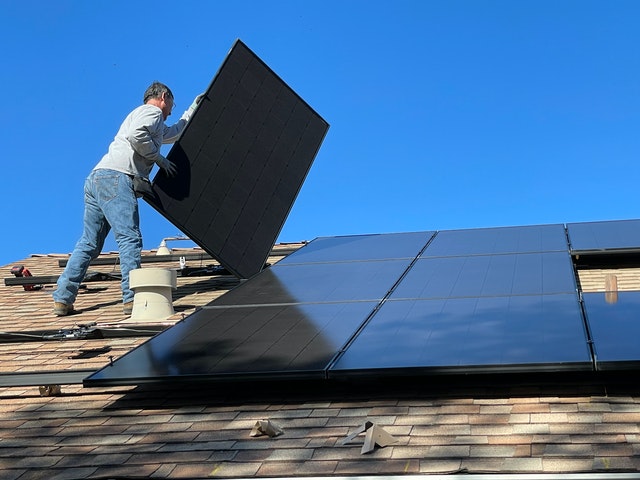 The day your solar panels are installed is the day you will get the best performance out of them.  After that it is all downhill. Admittedly, it is a very shallow hill and it might take over 40 years to get to the bottom, but day one is going to be as good as it gets.

One of the reasons for this is dirt. As soon as your panels are out in the open in the clean air, or not so clean air, dust will start to settle on them, blocking sunlight, reducing their efficiency, and costing you money.

The obvious solution is to get cleaning solar panels services, or get out there and clean them yourself. And sometimes this obvious solution will be a sensible course of action. If a dust storm has covered your panels in dirt or pelicans have had a poop party on your roof, then it’s a pretty good idea.

Dirt on solar panels usually has very little effect on their performance.  This is because, for most homes in Australia, rainfall is enough to keep solar panels reasonably clean. Grime will build up, but eventually there will be sufficient rain to wash most of it off.

Cleaning in addition to what is done naturally by rain will boost panel output, since on average they will have even less dirt on them, but it doesn’t help much.

A study done in the United States in Tucson, Arizona, found that cleaning solar panels only improved their output by around 1%. This is in a location that only receives a little more than half as much rainfall as Adelaide, which is Australia’s driest capital.

This doesn’t mean that in your particular location cleaning panels will only improve average performance by 1%. You might happen to live in a dirty, dirty place or have lots of birds trying to turn your roof into the site of a future guano mine. But I would estimate that for most households in Australia, cleaning solar panels twice a year would only improve their average output by around 2%.

Flat Panels Are An Exception – They Need Cleaning

Rain will wash most of the filth off panels, but only if they are at an angle. When solar panels lie flat water can pool on them and have nowhere to go. Eventually it evaporates and leaves grime behind. Worse, things such as leaves and other debris can land on solar panels and just stay there and seriously affect performance. A thin layer of grime will let most lights pass through, but a leaf is specifically designed to capture light. After all, it is a naturally occurring type of solar panel.

To avoid these problems, and because it is bad to have any electronic item sitting in water for an extended period of time, it is a very good idea to put solar panels on flat roofs in frames that tilt them at least 10 degrees.

If your panels aren’t tilted then you’ll have no choice but to clean them if you want to keep their performance up. Google found that while cleaning their tilted solar panels wasn’t worth the effort, cleaning their flat ones after they got particularly dirty could double their output.

Professional solar panel cleaners insist on being paid for their services.  It doesn’t matter how much you bargain with them, they always refuse to do it for free.  Even my own children expect me to pay them money to clean solar panels and if I forget they’re up there and put the ladder away, they ask for hush money not to tell my ex-wife.

The amount of money you will be charged varies on where you live, how many floors your home has, and how many panels you have to clean.  A reasonably common price is around $7.50 a panel for a one storey home or $10 a panel for a two-storey home.  But they do have a minimum charge, so if you only have 4 panels don’t expect to get them cleaned for $30.